If you want to take control over your computer, learn how to open Terminal on Mac as well as how to execute commands in Mac Terminal then this article is right what you have been looking for. We will try to provide you with all the necessary information about useful Mac Terminal commands, how to use Terminal on Mac and different tips and tricks when working with Terminal. As it turned out, huge amounts of search queries concerning the topic “Terminal on Mac”, “Mac hacks Terminal” appear on the Internet almost every day. Moreover, many people want to find out how to run Terminal in the Apple operating system. As it is well-known, a regular user has no reason to use or even open Terminal, an Apple Command Line interface application, but it’s worth a try because, in fact, it gives access to many tricks and shortcuts. So, let’s start.

It is a well - known fact that Mac has its own Command Line interface, in which you can easily and quickly manage and manage tasks than perform a normal and long process. However, its interface looks rather specific, especially if you do not have the technical knowledge or any clue how to use Terminal on Mac. However, once you take a look at this useful application, you will surely like it. Who knows?

Terminal is a standard system utility for interacting with Mac using the Command Line. Linux has a similar management tool because both operating systems are Unix-like. In brief, all you need to know about the Terminal is that it is an application that allows you to control your computer using commands, besides that opens the possibility to work with locked functions, etc. 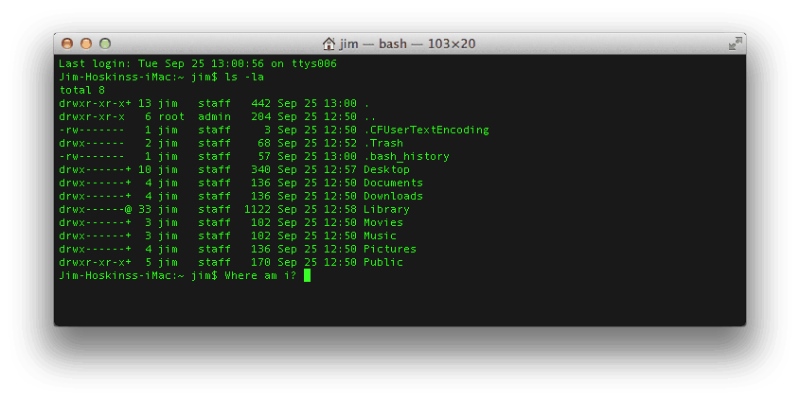 For the record, there are several ways to open Mac Terminal. Choose the one that meets your requirements the most.

1. How does Mac Terminal open via the Dock
There is usually “Applications” shortcut on the Dock panel on Mac OS click on it and a list of all installed programs on your Mac will be open. Find and open the “Utilities” folder, inside you will find the “Terminal” app. Run it. Please note that in recent versions of Mac OS X, this shortcut is called Launchpad.

2. Opening Terminal through the Finder
Open Finder (in the Dock it is always on the left). In the left menu, select "Applications" and in the list of all programs that open, find the directory/folder "Utilities". Click on it and search for the application "Terminal.app" in it. Double-click the Terminal.

3. Opening Terminal on Mac through the Spotlight search bar
Hold down the Ctrl + Spacebar key combination at the same time. In the pop-up window, enter the word "Terminal". Once you have typed you will see the application you need, all you need is just click on it.

find Replaces: Spotlight.
Why it is better: works faster, searches for system folders (while Spotlight does not search or index their content poorly) So if you want to know how to navigate to a folder in Terminal Mac, this command can help you.

du Replaces: ⌘Cmd + I
Why it is better: can show multiple folders at once, and usually run faster.

du is a reduction from "disk usage". This Mac Terminal command will help you quickly find out the size of a specific file or folder, or even a list of files inside a folder. The best options for du:

-d (depth): if there is a number behind that letter, then find will limit the search to the directory by the appropriate number of levels. For example: -d 1 / Applications

Terminal will only give you information about the general size of folders and files in the Applications folder, without the data on the size of subfolders embedded in those folders.

mv Replaces: manual transfer of folders and files in the right place.
Why it is better: faster and does not require a lot of manual work.

This Terminal Mac command transfers file1 from the Documents folder to the Desktop.

ls Replaces: ⌘Cmd + I
Why it is better: faster, able to display information about several files at once and has a rich palette of settings.

ls provides information about who has the right to see files, whether there are hidden files or folders on your Mac, etc. The best options for ls:

-l - displays the rights for each file in the folder, the last modification time, the owner of the file and its (file) name.
-a - shows all files in the folder, including hidden ones: ls -la / System / Library

mkdir Replaces the action: Finder → File → New folder.
Why it is better: it works faster, and you can immediately enter the name of the new folder on the command line.

rm Replaces: the procedure for sending files to the Trash and cleaning it;
Why it is better: faster, plus even those files are deleted that you usually cannot get rid of using the Trash.

This Mac Terminal command deletes absolutely any file that you put in the Command Line. By default, rm only deletes files, folders remain. To remove them immediately, use the -R option. Example: rm -R / Users / Maria / Desktop / Maria_Folder

Commander One would be a cup of tea for those who want to keep everything under control and within reach. This is not just a decent Terminal emulator app for Mac but also a rather functional file manager. To execute Terminal commands Mac users need first of all to invoke Terminal in Commander One by pressing simultaneously the combination CTRL + O, and after that follow the above Mac Terminal commands cheat sheet. Once everything is done, you can return to the previous mode of Commander One by pressing the mentioned above hotkey. Besides that, the app has a lot of other features that can surprise the user, such as copying, deleting, compressing/uncompressing files, connecting to FTP servers, mounting popular cloud storages as local drives, mounting MTP and iOS devices, viewing processes in the system, etc. The most remarkable that is worth to be mentioned is the incredible speed at which the app performs all the actions. 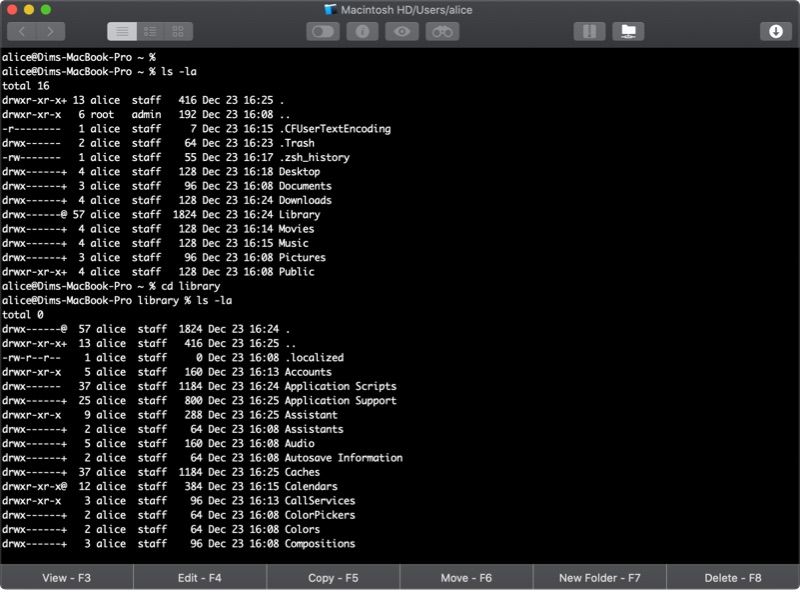 Remember that Terminal is not a completely safe thing. An inexperienced user can do some kind of trouble. Before executing any Mac Terminal commands, check your knowledge with the Geeks on the Internet, do not take on excessive risk. This advice also applies to courageous people who want to rollback the Mac OS update without having enough information about the procedure. However, we hope that this article was rather informative for you and you found something interesting in it.

Commander One / Mac Terminal Commands to improve your workflow

Download
Purchase
4.5 Rank
based on
90 + users Reviews (15)
Recent posts
Commander One for system administrators
Olga Weis Dec 12, 2019
What is a powerful RAR opener for Mac
Allie Hawkins 11 June at 11:31
My Android manager – Commander One
Olga Weis 30 Sept at 16:56
Everything you need to know about how to zip a file on macOS
Allie Hawkins 23 June at 16:28
Task Manager Mac solution: tips and tricks
Allie Hawkins 6 June at 14:48
Best replacement of Total Commander for Mac switchers
Olga Weis 15 Oct at 8:34
comments powered by Disqus