Ever since computers were created and basic networks started appearing, there was a need for storing important information somewhere where people could easily access it. When it comes to transferring files from a server, two popular protocols have shaped the world. These are FTP and SFTP. While they sound alike, many vital aspects differentiate them to make them unique. Although created a long time ago, both stood the test of time and remain widely used even in 2022. 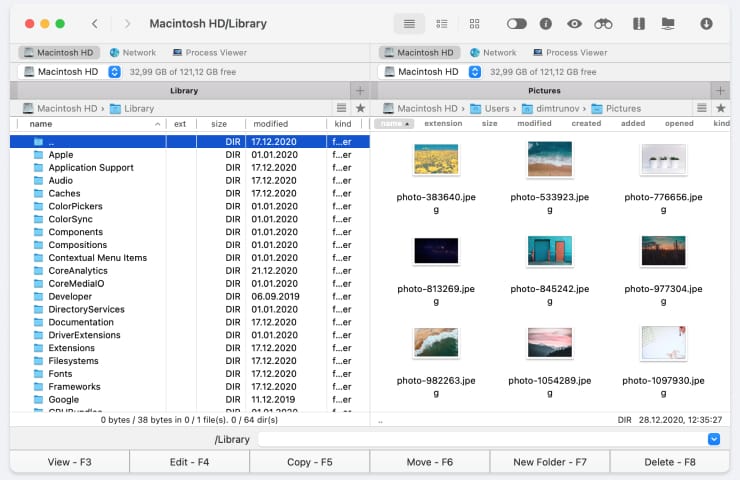 Difference between FTP and SFTP

Before talking about the difference between these two protocols, let’s talk about these two meanings separately. 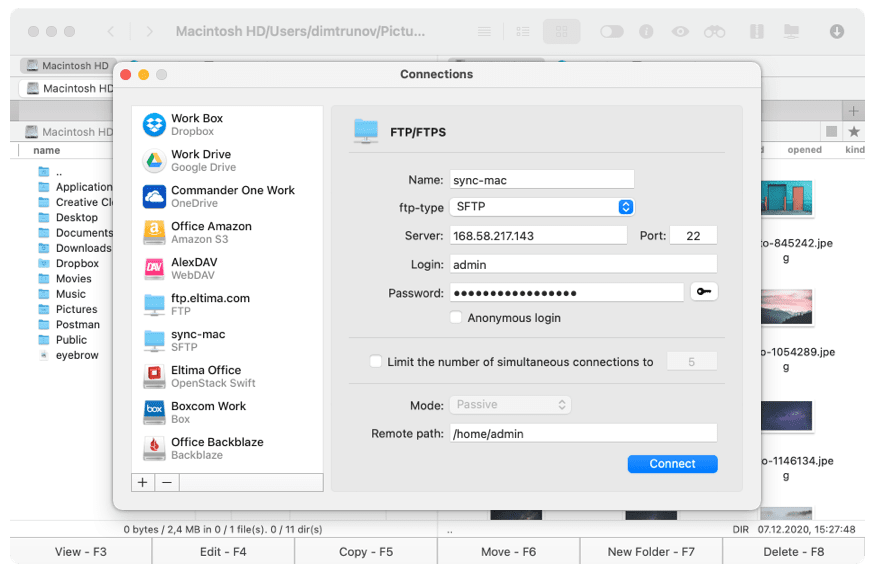 FTP is a popular file transfer method that is being used everywhere and has not changed so much since its invention in 1971. However, at that time, it was not generally assumed that the Internet activity would actively be targeted at hacking, so FTP was not created with the features to deal with such a cyber security threat that we now see in the news every day.

How does FTP work

The File Transfer Protocol or also known as FTP is designed to organize the exchange of data between your PC and the server. This process is similar to the one when the user copies information from one folder to another. Using FTP protocol, you get access to the disk space that is allocated by the host.

FTP exchanges data using two separate channels, known as the command channel and the data transfer channel. When using FTP, both channels are unencrypted, as a result, any data transferred through these channels are vulnerable to interception and reading.

Functions that are available from FTP are the following:

In order to be able to use FTP on your PC, there are special programs - FTP clients. In fact, they differ only in the graphical environment and the ease of use. As for the functions, they are the same. FTP client can be installed on any PC with any OS no matter whether it is Windows, Unix, MAC, etc.

In other words, one can say that an FTP server is a good replacement for portable storage media. If you need to transfer data to another computer, you cannot only use the flash drive, but also make it completely different: place the information on the FTP server, and then just download it from another PC. This method is more convenient and beneficial for users of the Network.

SFTP is the abbreviation of Secure File Transfer Protocol and is a completely different protocol that is based on the SSH File Transfer Protocol (Secure Shell) network protocol and has nothing to do with FTP. Due to the fact that this protocol has a built-in encryption system, it is preferable to use SFTP vs FTP. Nevertheless, SFTP has not been adopted as the official standard of the Network yet.

How does SFTP work

The application layer protocol SFTP was developed as an extension to SSH-2. It is used to copy and execute operations with files on top of a secure connection. In most cases, it uses port 22. SFTP assumes that it is running over the established secure channel, that the server has already authenticated the client and that the client ID is available to the protocol.

SFTP provides two ways to authenticate connections. Like FTP, you can simply use the user ID and password. However, with SFTP client, these credentials are encrypted, which gives it a great security advantage over FTP.

Another authentication method that you can use with SFTP is SSH keys. This assumes, first of all, the generation of the private key SSH and the public key. Then, you send your public key SSH to your trading partner, and they upload it to their server and after that connect to your account. When connecting to your SFTP server, their client software will transfer their public key to the server for authentication. If the public key matches your private key, along with any user or transmitted password, the verification will be passed. The user authentication ID can be used with any combination of a key and/or password authentication.

Features and functions of the SFTP protocol:

We hope that this FTP SFTP comparison article was rather informative for you, and as you see, unlike FTP, SFTP uses only one connection and encrypts both authentication information and transmitted data files and is considered to be more secure.

Commander One is a perfect FTP/SFTP client for Mac

Price: $29.99
Free version: Download
Mac App Store version: Available here
To choose straightforward, simple and powerful FTP/SFTP client is would meet all your requirements isn’t an easy task. We recommend you to take a closer look at Commander One. The app is developed by Eltima Software as an excellent file manager with built-in FTP/SFTP client. Commander One is a great combination of all the features one would need for a fast and secure data transfer. Having a minimalistic dual-panel interface you would definitely love the way you can work with all the files and folders and how easily they can be moved around without opening additional tabs. 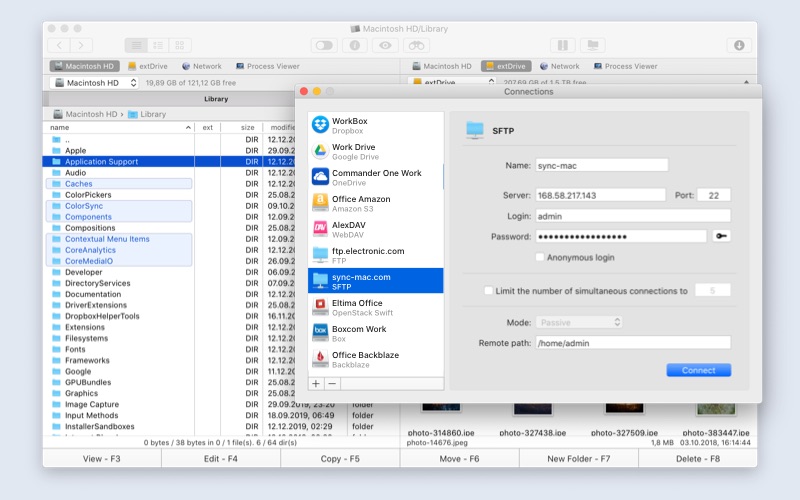 In addition, the app’s PRO Pack allows you to seamlessly mount the most popular cloud storages like Dropbox, Amazon S3, Google Drive and OneDrive on your Mac computer as well as manage and access all the information stored there as if they were on your local hard disk. Besides that, you can flawlessly connect your Android smartphone, and other devices that support MTP connection and manage all the data there without any effort. Give Commander One a chance and check how it works.

Encryption Methods for FTP and SFTP

While FTP does not come with built-in encryption, there are numerous file transfer protocols similar to it such as FTPS and SFTP that offer this kind of privilege. SFTP will encrypt everything that is being transferred onto the server through a special algorithm through one connection output. It’s worth knowing this protocol doesn’t only apply to files, but to the login information as well. Your ID and password are carefully encrypted and stored, thus minimizing the risk of potential data breaches.

The basis of SFTP is a secure shell, an SSH encryption method for file transfer. SSH uses public-key cryptography to allow the host and authorizes them to access the information stored on the server. There are many ways to use SSH, one is to automatically assign two pairs of public and private keys to encrypt the network before the file transferring process occurs, thus generating a password that will allow the user to connect to the server.

SFTP runs on TCP port number 22, but with a bit of tweaking, users can assign any port they want. The SSH-2 version is built into SFTP, which provides an extra layer of full encryption when connecting to the server.

Which should you choose

When it comes to making the choice between FTP and SFTP, there are plenty of things to take into account. Do you want something that is supported by the majority of the server at the cost of privacy and security or would you like something that encrypts your information and makes it harder for your information to fall into the wrong hands? We strongly decide to take a double look at the pros and cons of each method and decide which one suits your needs the best. Most users will want to go for FTP due to its accessibility and easiness of use, but if you are working with sensitive information you might want to engage with SFTP, even though the SSH keys might seem hard to grasp at first.

All in all, both protocols are reliable when it comes to transferring files at high speeds and will probably remain the top ones to use in the upcoming future.