My MTP device isn't recognized by/doesn't work in Commander One

1. If one cancels the copying process to/from the mounted MTP device, it will be no longer possible to work with it in Commander One. To resolve this problem, it is required to physically reconnect the device to Mac.

2. If the MTP device does not appear in the list of available drives in Commander One, please make sure that:

Note: For the Samsung smartphones running Android 7 Nougat this option is mandatory.

3. Make sure that none of the following apps are running:

4. If you have "Google Backup and Sync" (formerly known as Google Drive) installed on your Mac, make sure that the option of working with USB devices is disabled in its preferences. 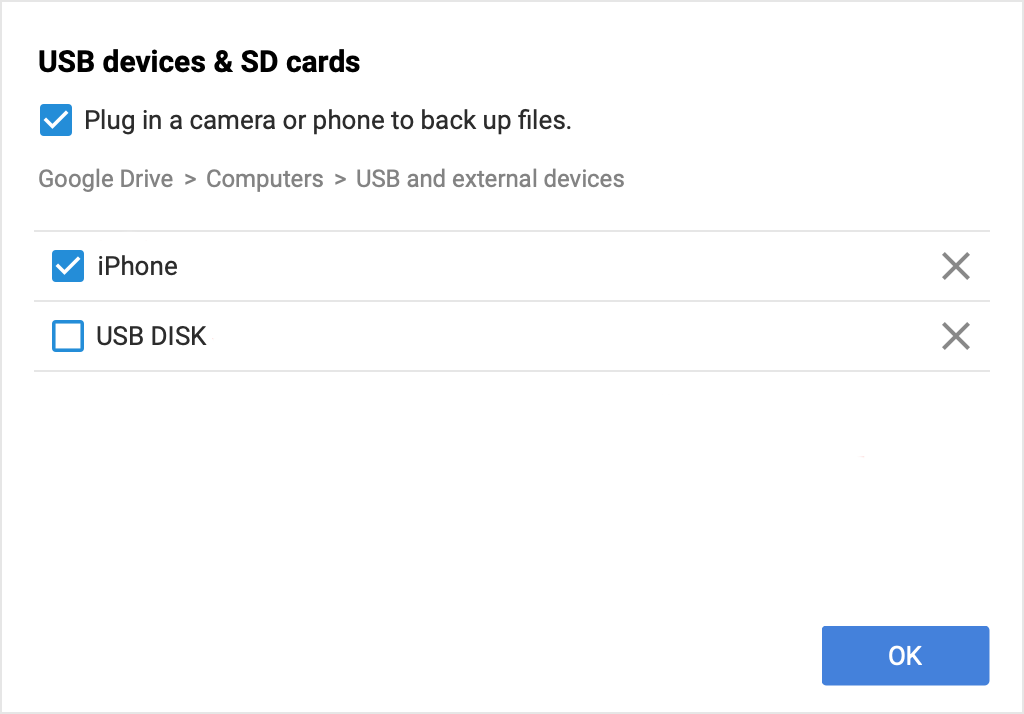 5. If you are using Samsung phone, make sure that Samsung Smart Switch is not installed on your Mac. If it is installed, uninstall it by following the steps below:

6. If you are using LG phone, make sure that the following software is not installed on your Mac, namely: LG Bridge for Mac or LG Universal Mobile Drivers. If any of this software is installed, uninstall it by following the steps below: